On November 7th, 2014, this Frenchman often regarded as ‘crazy for speed’ broke his own earlier world record for speed and set a new one by achieving 333kmh (207mph) speed in just 4.8 seconds on his ‘rocket bicycle’. This bicycle run was organized at Circuit Paul Ricard in South France where every individual was shocked by Francois’s crazy attempt and his determination for setting new records of speed on his unique, super speedier high-end bicycle.

The weather of the day was clear and calm, but it is not an excuse for a person who will suffer an extreme wind blow at that speed level. Francois sat on his ‘Rocket bicycle’ which is propelled by three small rocket thrusters which are filled with Hydrogen Peroxide. The speed achieved from 0 to 333kmh in just 4.8 seconds is just monstrous and is sufficient to tear apart the human skull within seconds, but the current achievement was tested with two tests run for achieving this speed. In the second test, his bicycle was put into a competition to Ferrari F430 SCUDERIA modified at 600+ HP. Guess what!  The rider’s rocket bicycle left the Ferrari behind and won. 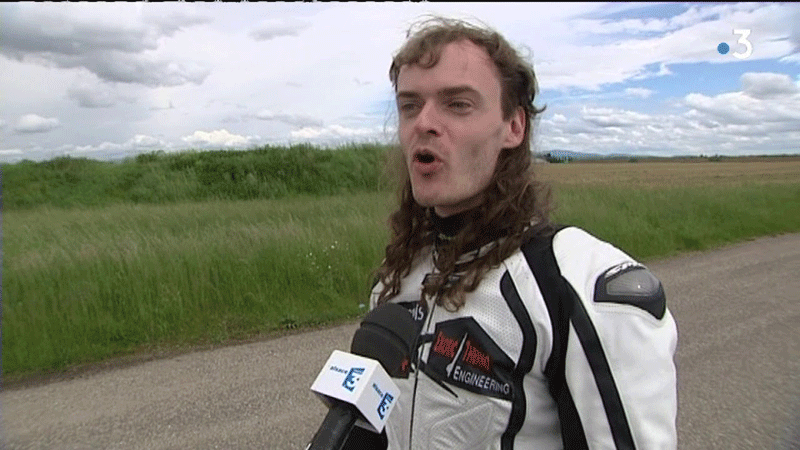 The interesting fact is that this feat is achieved by the rider without having protection gears in his bicycle like disk brake or rear suspension. This mad attempt by the rider often put people into appreciating as well, criticizing every attempt of him. But it doesn’t deter him from trying new and high speed at every next run. His next speed ride would be for achieving 400kmh (249mph) speed on his ‘spine thruster’ bicycle having advanced rocket features. We hope that his next ride would gain as much appreciation as the current ride and we would like to wish him all the best for that.

WOOM: How To Choose The Perfect Bike For Your Kids Aged 1.5-14 Years

We will be happy to hear your thoughts